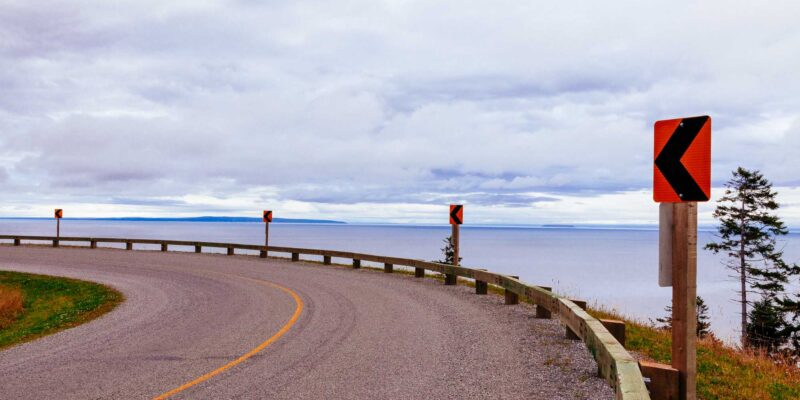 How do you tell the difference between a life detour and an adjustment?

I’ve been trying to write updates for my About pages all day. If you’ve ever had to do that – or gather the information for someone else – you’ll know what a loopy headspace that can bring on.

The trying is making me nuts because I’ve got some fun things to roll out once they’re done. If nothing else, it’s an opportunity to pause for reflection.

Is it a life detour or an adjustment?

I’m arriving at a belief it doesn’t matter. Every undesirable twist or turn feels like an obstacle in the moment; every unexpected boost like synchronicity.

Obstacles aren’t always holding us back. Sometimes they’re an opportunity to slow down to see or understand something before barreling forward. And wanted or not, obstacles can prepare us for the next time.

The only definitive way to know the difference between a full scale detour and a relative adjustment is hindsight.

So I keep going – even when I go slowly – and especially when the going is slower than I want.

Because around the corner the speed picks up. 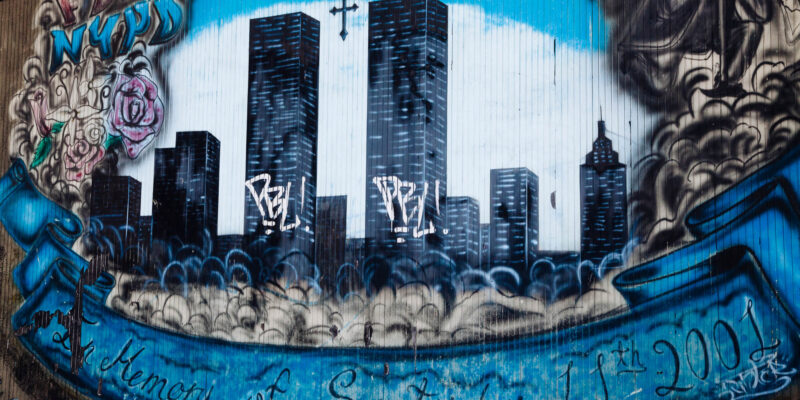 I arrived at the dealership at 8:30 to get set up for a 9 am start. No one seemed to know I was coming and I was told to wait in the service department waiting room. Although I tried not to show it, this kind of thing always threw me off balance. I sat in the uncomfortable chair, mentally preparing for a fast set up.

It didn’t really matter, because my coworker Gary hadn’t arrived yet. He was usually there well ahead of schedule, but it was the first full week after Labour Day weekend. He was coming in from east of the city, and it was the middle of rush hour.

I sat in the uncomfortable vinyl chair, taking long slow breaths to settle myself down and work through my annoyance at once again being made to wait. Although there were televisions overhead in the waiting room, my mind and attention were elsewhere when the news broke that Flight 11 crashed into the North Tower of the World Trade Center. I became aware something was going on when everyone around me became transfixed by what was on the TVs. I glanced up at the screens. I thought it was an action movie like Die Hard that I hadn’t seen before. I noted with surprise that so many people would be interested in a movie like that first thing in the morning.

It started to sink in as Robert walked through the door. I stood up to greet him and shoulder to shoulder we tried to reconcile what was unfolding before our eyes. The unthinkable sight of a real plane flying into a real skyscraper was playing on repeat while the anchors scrambled for details.

Eventually we were escorted up to the boardroom and told the dealer would be with us shortly. Normally talkative, my demo partner and I worked in grim silence, to set up our equipment.. Shortly after 9am, a collective gasp could be heard throughout the building. We waited, not knowing what to say or do.

It was close to 9:30 before the dealer came into the boardroom and told us a second plane had crashed into the South Tower. He tried to sit for a couple of minutes but was more distracted than usual. So were we. After a few minutes of trying, we all looked at each other. I don’t remember who finally called it, but I do remember feeling relieved.

The dealer left the room saying we’d reschedule. Robert and I packed up and said we’d see each other at the office.

I got in my car and started driving north towards our head office. I was too discombobulated to take the Don Valley Parkway. Instead, I gravitated to a main road. My dad’s place was on the way. I called to make sure he was up and about. He answered the phone with “Have you seen it?” answering all of my questions at once. I told him I was supposed to have a demo and asked if I could come by on my way to the office.

When I got there, the TV was on in the front room. The enormity of the event as it continued to unfold was impossible to take in. We sat stunned, in silence, looking at each other every few minutes as first the South Tower, then the North Tower collapsed. Eventually I looked at my father and sighed, “I’d better go check in at the office.”

The first thing I noticed when I stepped off the elevator was the quiet. The persistently bubbly receptionist sat still, lost in her thoughts. I looked left towards the door leading to the support and sales offices, then right towards the training area. Not ready to speak to my boss about the cancelled demo, I turned right.

The members of my former department were not in their offices. They, along with an assortment of other co-workers, were in one of the televisions that had been wheeled into a training room. We stood quietly, occasionally asking new arrivals if they knew anyone who worked at the World Trade Center.

Eventually I made my way into the offices, to speak with my boss. When I told her we had postponed, she nodded grimly and said nothing.

I tried to contact the dealer several times the following days to reschedule. He didn’t return my calls. The next thing we heard was that he had re-signed with the incumbent, our main competitor. I felt deeply disrespected by the second hand news. My boss was furious and made it clear that she would have persisted and secured the deal. Although I was still relatively new, I knew this ill-fated transaction would never have turned out any other way and wanted to say so.

Instead, I turned my attention to deciding if my upcoming vacation in Sedona was still on.

Click here to read First Trip to Sedona, Part One –> 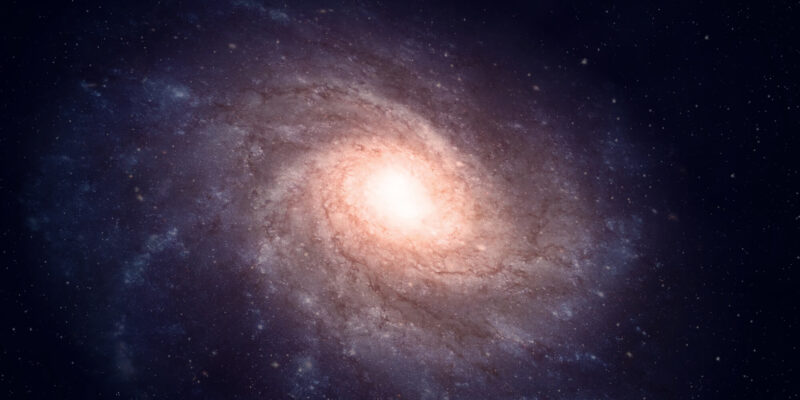 “I thought I had dealt with this already. What is wrong with me?!?”

I hear these words over and over again. The thing is, personal growth is cyclical.

It’s normal to feel triggered when you stretch the limits of your comfort zone.

The trick is to honour yourself for being conscious about the things you want to change, and to stop beating yourself up about it.

Especially as we enter into this season where resolutions and goal setting becomes trendy and ever-present, remember to go easy on yourself.

Better yet, design personal strategies to implement on days when the cycle catches up with you and you find yourself in a groundhog day of personal growth. 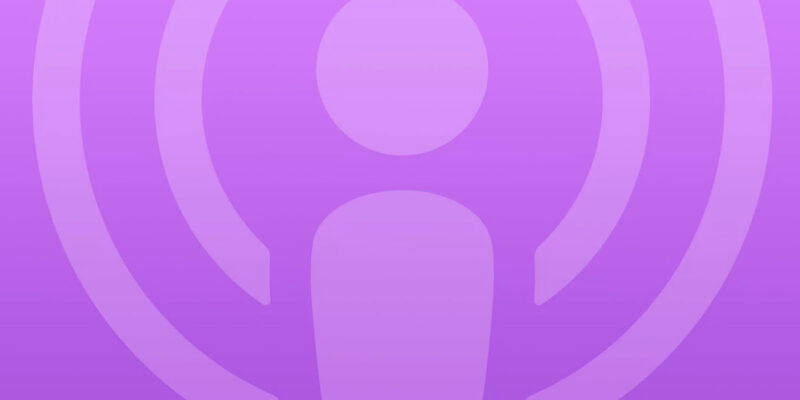 Reviews on Apple Podcasts are a really big deal for podcasters.

One of the best ways you can give back to the host of your favourite podcasts is to write a thoughtful review.

A review on iTunes consists of:

Heads up!  It’s always a good idea to pre-write the text of your review in your Notes or document application.  Just in case your review doesn’t post, it’s far less frustrating when you can go back and copy/paste your efforts.

Want to listen to or write a review for Free Your Inner Guru?  Click this direct link to save time searching and begin at Step 5.

How to Leave an Apple Podcasts Review from your Computer

Want to listen to or write a review for Free Your Inner Guru?  Click this direct link to save time searching and begin at Step 5.

How to Avoid What Could Go Wrong

In the past I’ve had listeners struggle to get their reviews to post, especially if it was their first review from their phones.  It turned out it was because of a duplicate user name.   It happened to me when I was leaving a review for someone else’s podcast.  It gave no indication of why on the phone, but when I tried from my computer it gave me the error message.  It was easily fixed by adding an underscore to my username and it hasn’t prompted me since.

This is why I recommend drafting your short title and comment first and using copy/paste when you get to iTunes.  It may be resolved in the new iOS 11 Podcast app, but better safe than sorry.

On behalf of me and all other podcasters out there, thank you for creating the space for us to come into your life.  If you reward us by leaving a review, know that we are grateful.