You are here: Home / Creativity / Sunrise and The Inner Critic

The year was 2004. On a hunch that can only be described as divine inspiration, I drove for two days from Toronto to Kingston, New Brunswick.

I was about to attend my first workshop of any kind, led by the Canadian photography icon, Freeman Patterson.

When I arrived, I was surprised to discover I was one of the youngest in the group, and the newest to photography.  I was still grappling with the technical side, trying to understand how to get the best results out of the tools that I had. An avid learner, I soaked up as much of the visual design principles Freeman taught and did my best to apply them through the lens of my camera.

Each day, we would be given a deadline to hand in our film from the past 24 hours. Each roll of slide film contained thirty-six images. Most of the participants would turn in 8-10 rolls of film each day, but I’d be lucky to have half that quantity to show for my efforts.

As we handed off our newest images, we’d then given the processed slides from the previous day’s shooting. Editing and selection was done at long light tables that ran the perimeter of the room. The goal was to choose three images for critique in front of the group.

On this particular day, I had a batch of images from a sunrise shoot down by the water. I sorted through the slides, and was devastated by what I saw. They were much darker than I had intended, and did not show the sunrise the way I remembered experiencing it. My inner critic was relentless, berating me with what it perceived as failure. “Shit, shit, shit…” it said, as I looked at each image for the first time. Head hung low, I gathered up all of the sunrise photos from the table and added them to my reject pile. After a time, I picked up the rejects and threw them in the trash can.

About a half an hour later, one of the women in the group approached me at the table. In her hands, she had one slide. “I’d like you to take another look at this one,” she said as she placed one of my slides from the trash can in front of me on the table.

I bit back tears, feeling embarrassed by how emotional all this stuff made me. I had never put myself “out there” or cared so much about my results before. Uncertain, I gazed at the image through the loupe and then looked up at her and exclaimed, “But it’s not what I was going for!”

Her reply stopped me in my tracks, “The rest of us don’t know that. Look at it again.” She suggested that I include the image in my three picks of the day.  I didn’t want to be rude or reject her encouragement, so I submitted it for that day’s session.

When the image was projected on the wall in total darkness, it was as if I had never seen it before. There was an audible gasp in the room. The concern that the trees had gone to black belonged to me alone. Everyone else saw it as a silhouette and thought that it was perfectly exposed for the clouds and the raindrops on the water. The composition received praise, and the group agreed the photo evoked the spirit of the place it was taken. In that moment, my awareness was expanded, and a new understanding of what makes a good image was born in my mind. 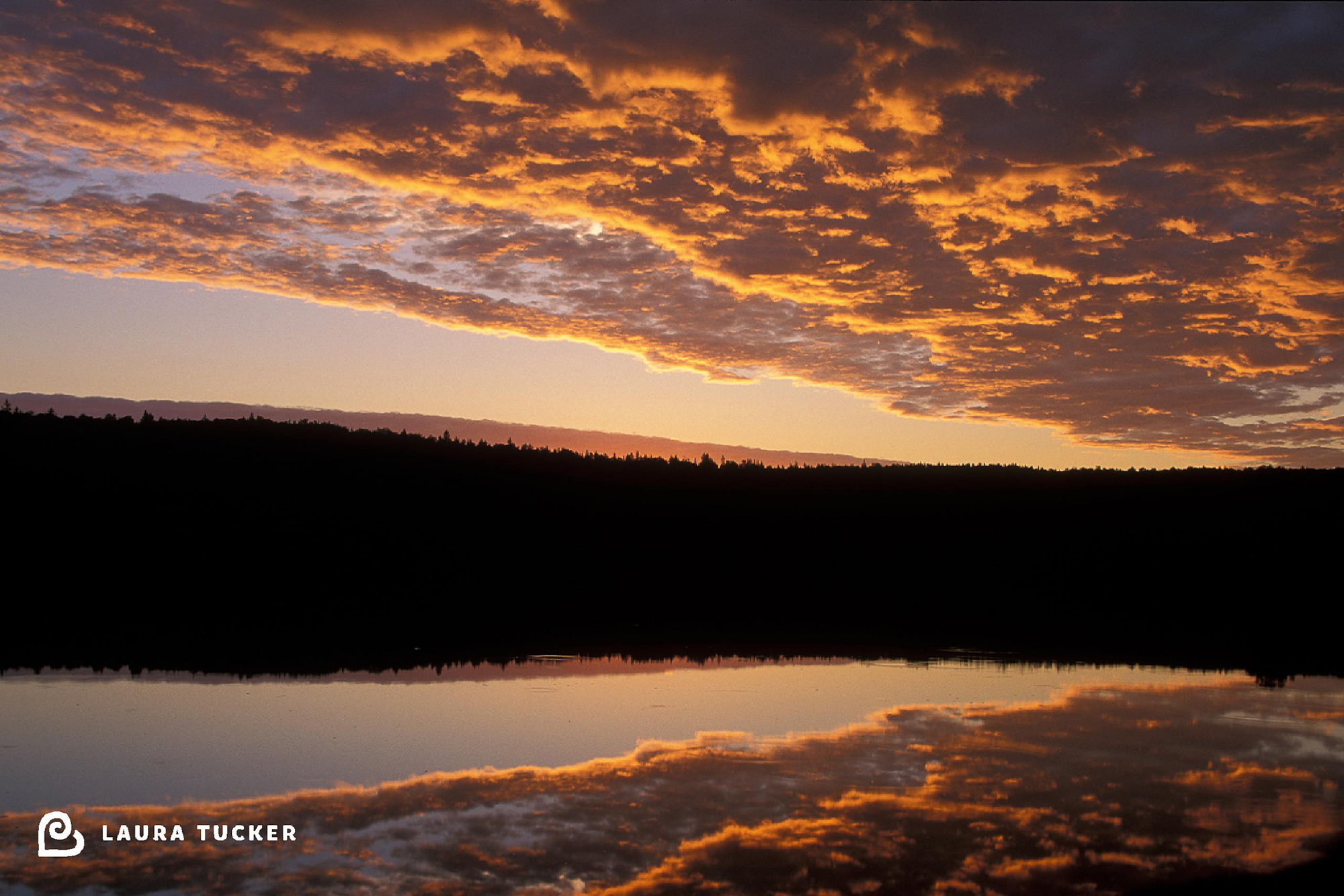 This sunrise image is one of my all-time favorites for what it represents for me. It was fun to show it last week to another group of creatives and see that it and the story of how it was retrieved from the trash stood up to the test of time.