My baseball memories are mostly from my childhood. 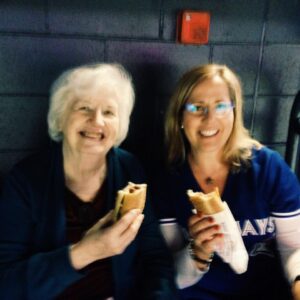 Long, no-so-lazy humid nights of my childhood and teenage years were spent playing softball with my family and friends.  The Blue Jays arrived in town when I was ten.  Everyone I know played, and all through my teenage years, my friends and I used to take public transit down for every “2 Dollar Tuesday” that we could.  My entire family – grandparents included –  were huge supporters from day one.  The Blue Jays fans in my tribe now span four generations.  So I want you to know what I’m about to say to you is coming from a place of baseball love.

Guys!  You need to remember these seven things right now!

1.  You get paid to play baseball.

I hope you love what you do for a living.  For many people, the first thing they do isn’t their true love.  If you don’t love it, or used to love it, that’s OK.  Hopefully your love of the game will come back.  When you truly love something, you don’t need 50,000 people cheering you on every night and things to be easy to find joy in it.
Even if you’re suffering through it right now, remember this – you get paid to play baseball.

2.  You are already winners.

Even though you’re losing more than you’re winning right now, you’re already winners.   You won the jackpot.  You get to play baseball and be paid exorbitant amounts of money to do it.

Winning isn’t always easy and fun.  Sometimes learning to win looks a lot like losing.  You may prefer not to think about this, but your prize comes with responsibility and privilege.

At minimum, it’s your responsibility to show up, do your best, and represent your fans well.  It must be easy to forget the privilege that you have as a professional athlete when you get out on to the field.  When things don’t go your way and tempers flare, it’s hard to remember that it’s a game, played for sport and entertainment, not life-saving surgery.

3.  You are guests in my city and our country.

In recent years, representing Canada has become a part of your privilege.  Over 3 million people attended your games in Toronto last year.  Many thousands more traveled to the United States to make your away games feel like home games.  Four thousand kilometres (2500 miles) away, Canadians from our western provinces travel to Safeco field in Seattle to celebrate you.  (Yes, that’s us at Safeco Field.) 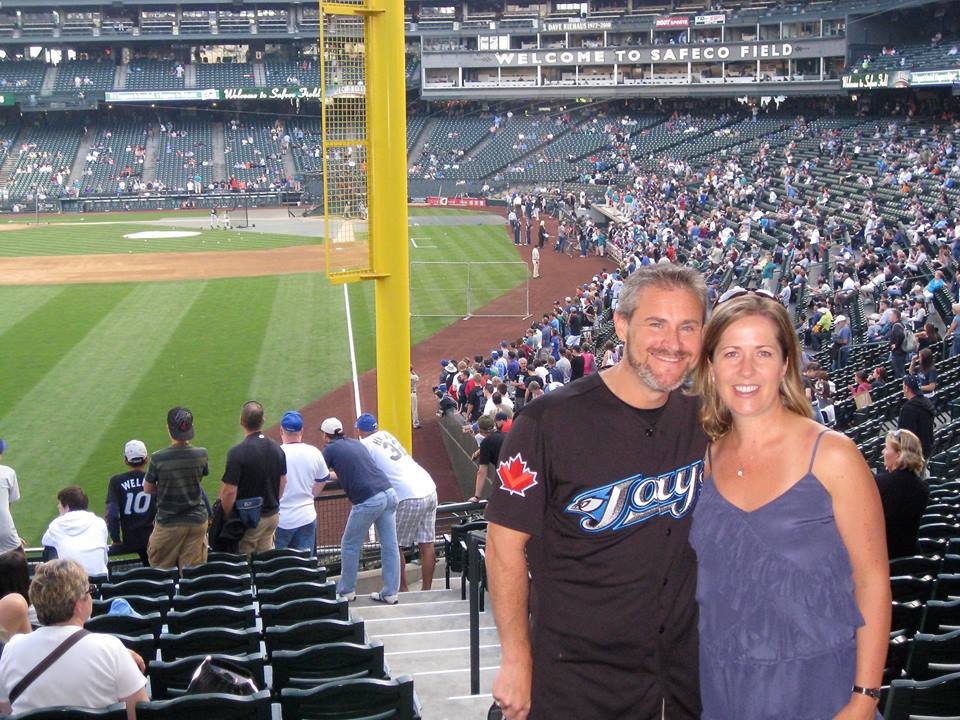 With the exception of Russel Martin, you are our guests here.  You’ve come here to have a career while providing entertainment to millions of Canadians.  We thank you for doing a good job by giving you record attendance.  This is a part of your privilege.  There is a lot of talk these days about Canadian values as distinct from the ones dominating south of the border.  One of those values is inclusiveness.  It’s been extended to you, so we expect you to extend it to the marginalized among us.

4.  Toronto doesn’t need your help to have a bad reputation.

Oh, man.  There is something you probably don’t know because you’re all wrapped up in this Canada’s team love-fest.

The rest of the country tends not to like Toronto all that much.  From across our regional divide,  we are hailed as “the centre of the universe”.  Living in the West for nine years, I did my best to personally overcome this reputation and eventually gave up.  Toronto is a great city.  All it needs to be perfect is better transit.  And mountains.  And an ocean.  And vineyards… but I digress.

All of Canada will embrace you when you’re winning.  But Toronto is the name on your jerseys.  We have a hard enough time with PR on our own.  We don’t need your help projecting a somewhat false sense of entitlement and bad behaviour across the continent.

#Toronto doesn’t need your help to have a bad reputation - 7 Things the #BlueJays Need to Remember Right Now. Click to Tweet

5.  Nobody likes a sore loser.  Or an obnoxious winner.

We finally arrive at the incident that inspired me to sit down and get this stuff out of my head –  Kevin Pillar’s (hopefully) unconscious moment at the plate last night.  By all accounts and appearances, Kevin Pillar is a great guy.  But Kevin, you screwed up.  Big time.

Wearing a jersey with my city’s name on it, you hurled a homophobic slur at your opponent.  We didn’t see the last few innings last night.  When my husband went to his computer this morning, by the tone of his “Oh, no,” I thought someone had died.  There’s no making it right when a person with privilege uses language that has been used to marginalize others.  Kevin Pillar probably “didn’t mean it”, like we didn’t mean it when we were kids in the late 70s.  You know why we didn’t mean it?  We didn’t know what it meant!

But this isn’t just about last night’s incident.  This is about every bat-throwing dugout tantrum.  It’s also about the over promoted obnoxious bat flip two years ago.  Nobody likes a sore loser.  The only thing that’s worse is an obnoxious winner.  I like to think I was not the only fan cringing last year when the Blue Jays organization had an in-your-face bat-flipping Throwback Thursday when the Texas Rangers came to town.

Check the schedule.  There’s still time to make something out of this year.  It might not be a lot of time, but there’s still time.  If you focus.  In the immortal words of Yogi Berra, “It ain’t over till it’s over.”

To the observer, you may have won the genetic and financial lottery, but I bet a ton of commitment and hard work went into you being in the position you are in today.

Sustainable success is an inner game.  Right now, that’s the big game you are losing.  You’ve been losing the big game since last year, when it was OK to blame “circumstances” for consistent under-performance.  I know there are “circumstances”, but winning is an inside job.  There’s going to be “circumstances” every year.  Baseball is a game of attrition.  The season is long.  Bodies get tired and injure. Don’t even get me going on the role of the umpires in the game.

At it’s core, baseball is a wonderfully simple and paradoxically complex game.  Layer on the money, the travel, the wear and tear on the body, and losing far more than you win, it’s probably not the same as it was during those idyllic summer nights in the school yard.

With many of your best players side-lined by injury since the start of the season, it’s not much fun to watch.  It’s increasingly apparent that you need some coaching between the ears.  Your frustration is palpable, which means you’re not being your true selves.  We don’t need you to be Superman.  We need you to be OK, Blue Jays!  Find the play in your game and be respectful to all human beings.  And that includes your opponents.

Oh, and if you need some help with your inner game, I’m available.